Woo-hoo! I purchased this bike in March with my birthday money from the grandparents and parents.  They all wanted me to buy something for myself and not just pay bills, so this is what I chose.  It needed new tubes, the light replaced, and a little tlc.  My friend Heather did some work on this beauty, then dropped it off this weekend! It rulz so much! 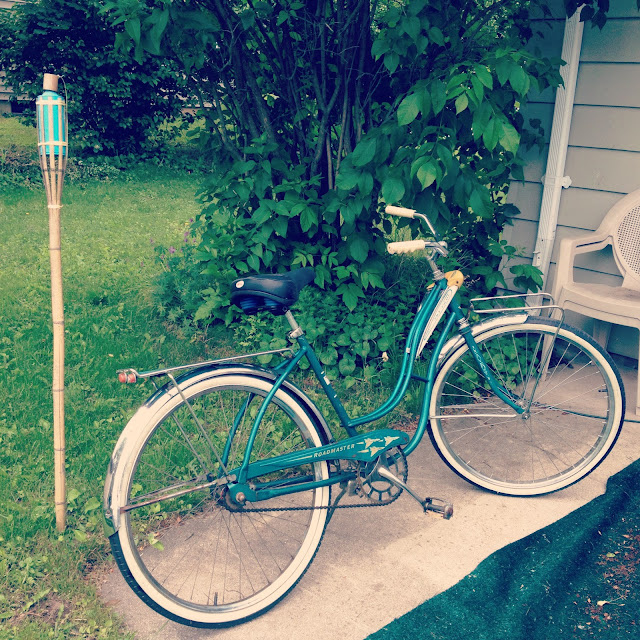 It is an early 1960's Roadmaster Sky Pilot....streamlined...ahhh
The light is working and so is the awesome horn! A little flick of a switch and press of a button and my cool factor went through the roof ahahahaa. 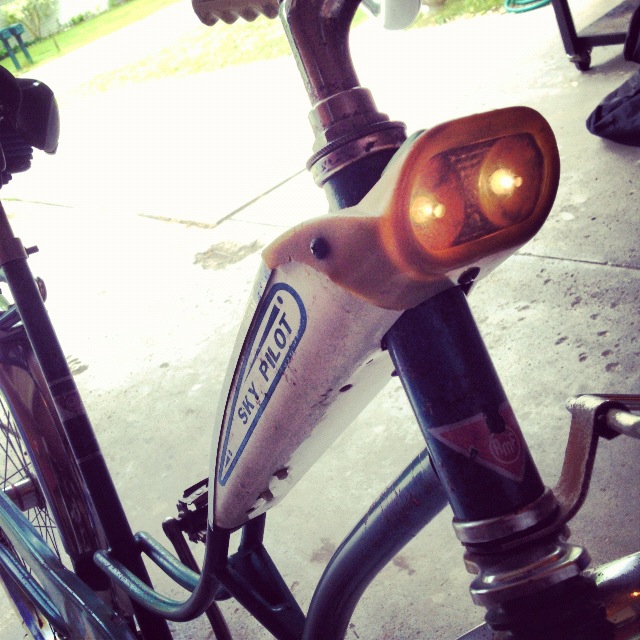 It has jets on the chain guard! yah buddy...It is a girls bike and to have jets on it is very uncommon for the time it was made...So rad... I still have to polish the chrome up a bit and get new pedals, a seat, and maybe a basket...pimpin it out.  A work in progress, but this kind of stuff I totally enjoy doing. 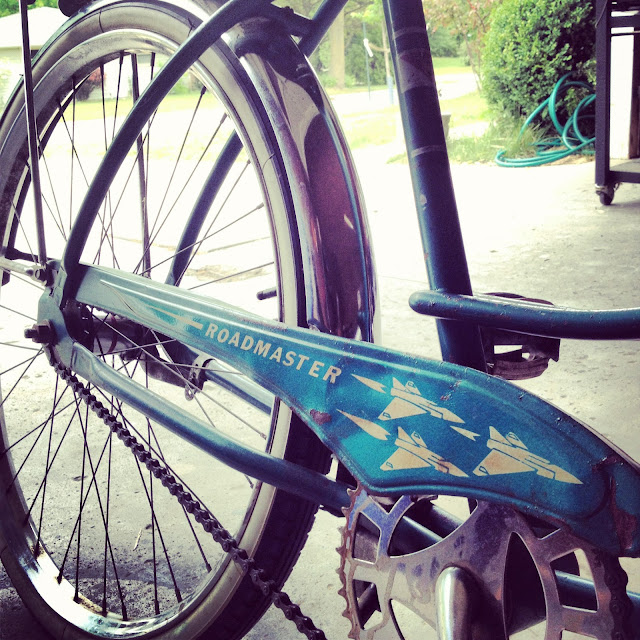 I have already taken it on a couple trips around the neighborhood.  I feel like a kid again.  I totally forgot what it feels like to be in love with a bike! it feels superduper :)

I thought of that while riding my bike.-Albert Einstein, on the theory of relativity
Posted by badBarbara at 8:34 PM