We heart our hearts :) 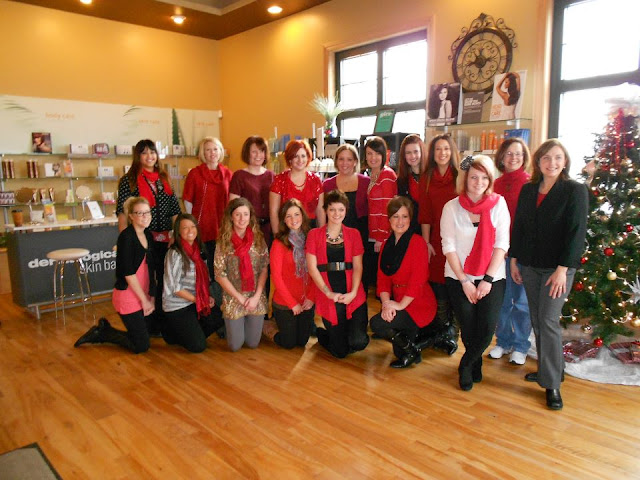 Read about Kaela Gedda's story below:

Experiencing a stroke first hand was a life changing experience, and an event that I never predicted having to personally deal with. On the morning of April 11, 2009 I began noticing weakness in my left hand while getting ready for work. I told my step-dad and we both agreed I probably slept on it strange and the feeling would come back shortly. After being at work for a few hours I suddenly felt like I was going to pass out and my vision blacked out momentarily. I tried to get a glass of water and walk to the back to call my mom. Walking proved to be a difficult task because my left leg felt heavy and was not able to provide much support. I called my mom repeatedly within a short time period because I was feeling so terrible. Within about ten minutes she arrived at the salon I work at to take me home. As soon as she walked in the door and took a look at me she told me we were going to the emergency room.

When I was in the car I remember laughing because the thought of having pins and needles on my entire left side was so bizarre. I did not know what a stroke was or what the symptoms of a stroke were. My mom even laughed when I told her I felt like the blood inside my arms was “jumping around”. We blamed that feeling on the half cup of coffee I had drank while at work.

Upon reaching the emergency room the personnel at the desk asked me to fill out some forms and take a seat. Another thing I did not know about my symptoms is that they were not the kind that you take a seat and wait for your name to be called. Luckily the emergency room wasn’t that busy and I was able to get a room quickly. It was about noon when I first spoke to a nurse. The doctors started to run some tests and draw blood and I had a CAT scan. I had been sitting in the emergency room for near five hours at this point. Like any hungry teenager sitting in the emergency room on a beautiful Saturday afternoon, I became irritable and ornery. I did not want to continue to be in the hospital any longer. My best friend who attends Madison called me and told me she was sitting at my house waiting for me. I had to tell her to go home because I didn’t know how much longer it would take; the doctors couldn’t find anything wrong with me.

The nurse came back saying they wanted to do an MRI, it could pick up something that the CAT scan missed. Being naive about my condition I told her I felt it was best for me to go home, eat, sleep, and come back the next day if I still didn’t feel better. Luckily I have a smart mom who felt it was best to do the test and they gave me some medicine to calm me down. I agreed to the MRI if I could go home after. Once the MRI was complete at 7:00 p.m. the doctor told me I had a stroke. The only thing I remember is crying. I wasn’t going home; I was being admitted to the ICU.

After that things moved fast. The doctors needed to run more tests to attempt to figure out why I had the stroke. They told me there was only a 50% chance they could find the reason. We discovered I had a PFO, a hole in the heart almost 25% of the population has. After a week in the hospital I left with a new level of knowledge about strokes, hearts, blood, and lots of flowers and balloons for my very supportive friends and family.

It has been six and a half months since the stroke and I am finally able to get the PFO closed. Dealing with everyday life has been a challenge, but has made me grow in countless ways.

I am very dedicated to advocacy for the American Heart Association for many reasons. The AHA not only helps survivors cope with an event, and helps others prevent and be knowledgeable about strokes and heart conditions; but also, it urges the government to act in a way to keep the citizens of America safe.

It is important for everyone to be aware of what a life threatening event like this looks like, how to prevent it, and how to help once it unfortunately has occurred. Awareness and prevention are two powerful things that we can do to prepare for situations like I experienced. If I could help one life be saved or help one person from experiencing something like I did, I know that my efforts as an advocate for the American Heart Association are worth it!
Posted by badBarbara at 2:28 PM